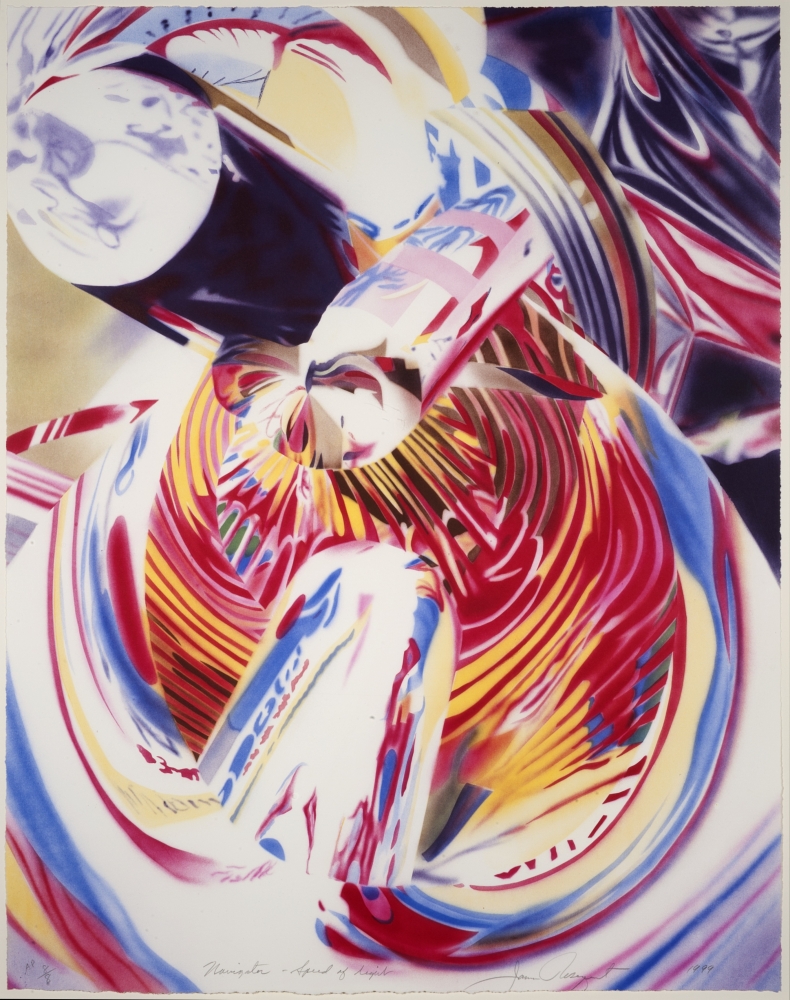 James Rosenquist is an American Pop Artist. Born in Grand Forks, North Dakota, Rosenquist began studying art at an early age. As an only child, he moved with his family to Minneapolis where he won a scholarship to study at the Minneapolis School of Art (1984), and at the age of 21 he moved to New York City to study at the Arts Students League.

To earn a living, Rosenquist worked as a billboard artist from 1957-1960. His experience with commercial artwork provided a perfect launching pad for his characteristic Pop Art style. Advertising and pop culture infused his works. He was influenced by the monumental size of billboards to create room-scale paintings. His works explore commerciality, and are often provocative.

As a printmaker, Rosenquist was prolific. He is thought to have contributed heavily to the printmaking revival in 1965 through his work with lithography at Universal Limited Art Editions in Long Island, New York. Time Dust (1992) is thought to be the largest print in the world at 7 x 35 feet. He works with subjects like Coke bottles, lipsticked mouths, packaged foods, clocks, hands, and appliances.

Rosenquist has won numerous awards in the United States for his artist achievements and he's been the subject of retrospectives at the Whitney Museum in 1972 and the Guggenheim in 2003.