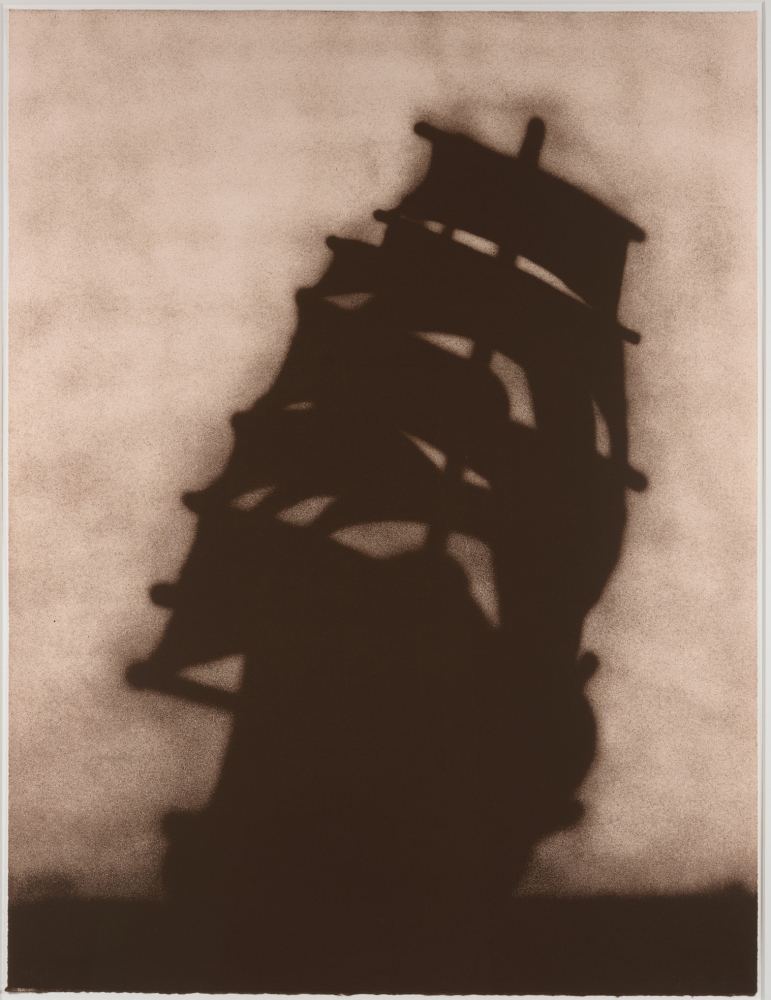 Ed Ruscha was born in Omaha, Nebraska in 1937. He is well known not only for his paintings but also for his photography and films. Ruscha's flat, textual paintings have been associated with both the Pop Art movement and the beat generation.

After living for fifteen years in Oklahoma City, Ruscha moved permanently to Los Angeles where he attended the Chouinard Art Institute from 1956 to 1960. By the mid-sixties, the artist had published his first photography book, Twenty-Six Gasoline Stations, and had completed a series of paintings featuring a single word precisely rendered against a flatly lit background. These two visuals, both gas stations and the word paintings, have become symbols revisited again and again by the artist throughout his career. Ruscha was associated at this time with the Ferus Gallery Group, which also included such artists as Edward Moses, Ken Price, Robert Irwin and Edward Kienholz.

From 1969 to 1970, Ruscha was a guest professor at the University of California, Los Angeles. He produced his first film, entitled Premium, following this time at the university, and continued to work on his textual paintings. He began connecting linguistic idioms with visual symbols, sometimes oddly matched.

During the eighties, Ruscha executed a series of drawings incorporating vegetable pigment. These works depicted a mysteriously cast light and phrases such as 99% DEVIL, 1% ANGEL. The artist's use of light beams may be attributed to his Catholic upbringing, and illumination as a symbol of the divine comes into play in many of his paintings. Still, Ruscha claims no particular moral or spiritual position. In 1985, Ruscha executed his first public commission, a mural for the Miami Dade Public Library that displays the phrase “Words Without Thoughts Never to Heaven Go.”

Since 1990, Ruscha has produced several larger works depicting empty rooms into which light projects. He has also recently experimented with curved canvases, while continuing to approach his word paintings in new and innovative ways. Ed Ruscha's work has been shown internationally for thirty years and is permanently represented in major museum collections throughout the United States and abroad.