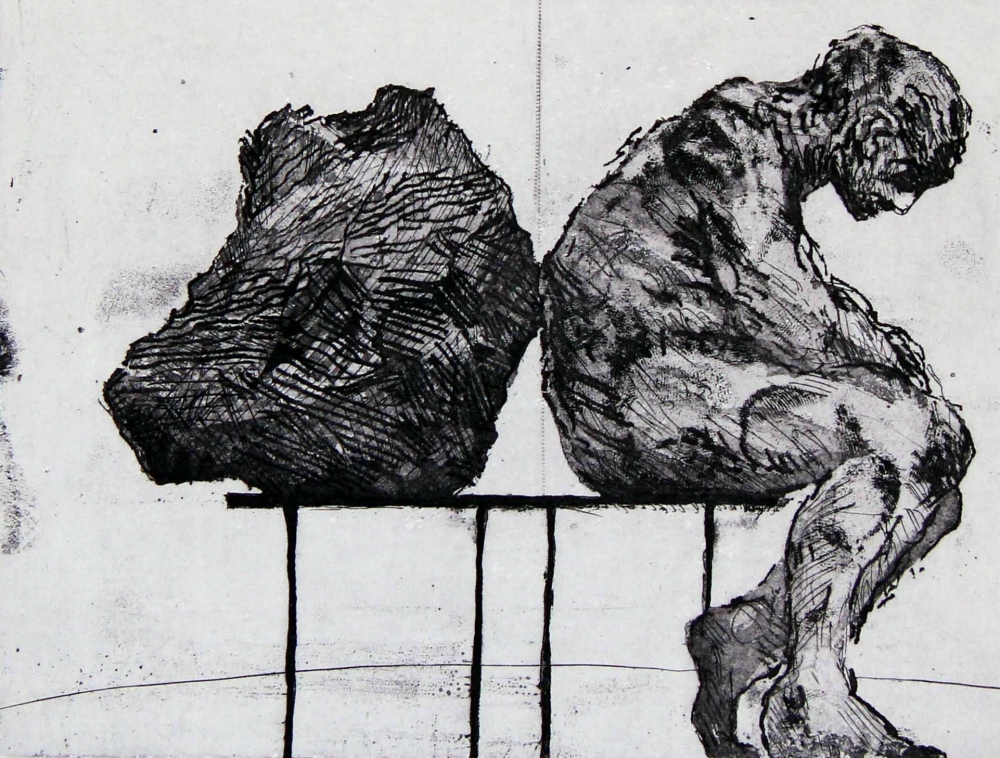 William Kentridge is a South African draftsman, performer, and filmmaker. He was born in Johannesburg, South Africa and attended the University of the Witwatersrand, Johannesburg (1973–76), Johannesburg Art Foundation (1976–78), and studied mime and theater at L’École Internationale de Théâtre Jacques Lecoq, Paris (1981–82). His interest in theater continued throughout his career and clearly informs the dramatic and narrative character of his art as well as his interests in linking drawing and film. His work as a draughtsman has been expressionistic and dominated by pastel and charcoal, and generally the drawings are conceived as the basis of animated films.

Dealing with subjects as sobering as apartheid and colonialism, Kentridge often imbues his art with dreamy, lyrical undertones or comedic bits of self-deprecation, making his powerful messages both alluring and ambivalent. Perhaps best known for his stop-motion films of charcoal drawings, the internationally renowned South African artist also works in etching, collage, sculpture and the performing arts, opera in particular.

In his drawings and animations, Kentridge articulates the concerns of post-Apartheid South Africa with unparalleled nuance and lyricism. In the inventive process by which he created his best-known works, Kentridge draws and erases with charcoal, recording his compositions at each state. He then displays a video projection of the looped images alongside their highly worked and re-worked source drawings. In this way, his process and aesthetic concerns are inextricably linked with the narrative power of his work. With his highly personal and often quiet works in seeming tension with the brutality of his content, Kentridge expresses a profound ambivalence about his native country.

Kentridge has always had an ambivalent relationship to the influence of European art and culture, focused by his own German, Jewish and Lithuanian roots. The influence of satirists such as Daumier, Goya and Hogarth is clear, and he also often used European classical themes as frameworks for contemporary African subjects. Kentridge's fusion of Expressionism, art and theatre finds its context in the interests of South Africa's Resistance Art movement of the 1980s, and his work was largely unknown outside the country until he established an international reputation in the early 1990s.