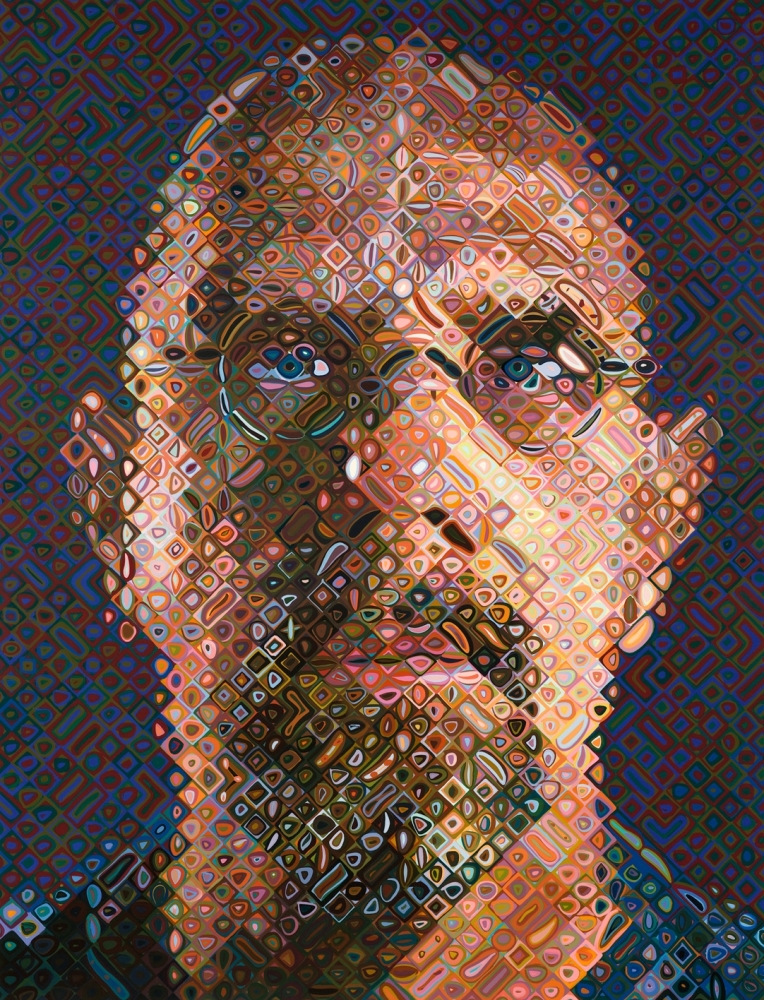 Chuck Close was born in Monroe, Wisconsin in 1940. He earned his Bachelors degree from the University of Washington, Seattle in 1962 and his MFA from Yale University.

Close has been a leading figure in contemporary art since the early 1970s. Best known for his monumental portraits painted in thousands of tiny airbrush bursts, thumbprints, or looping multi-color brushstrokes, Close has developed a formal analysis and methodological reconfiguration of the human face that has radically changed the definition of modern portraiture.

Over the years, Close's work has evolved from harsh black-and-white images to colorful, brightly patterned canvases of an almost abstract painterliness. Originally associated with photorealism, his rigorously systematic approach and often visibly gridded formats more nearly approximate those of the minimal and process artists who emerged alongside him in the late 1960s.

In 1988, Close suffered a spinal injury, which left him paralyzed from the neck down. Although he was able to regain a good amount of movement through physical therapy, the artist remains confined to a wheel chair. Since the injury, Close has painted with a paintbrush strapped to his arm or hand. His style has remained the largely the same, although his portraits have become more pixilated than before.